iLifeTouch | Making life easier one day at a time... 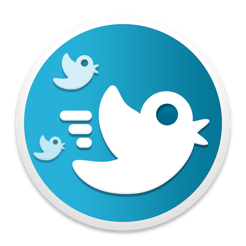 If you would like to automatically post larger tweets Tweet Publisher can streamline this process for you. Tweet Publisher enables users to tweet larger character counts by automatically breaking the text into multiple tweets . The Twitter restriction of posting no more than 140 characters per tweet will no longer slow you down if you use Tweet publisher. Now you can post long tweets easily with TweetPublisher. This Mac program helps you post longer tweets by breaking them up into small tweets posting them as a logical organized group of tweets.

App Highlights:
-Easy-to-use app interface.
-Add hash tags and usernames in your tweet.
-Add images with every tweet.
-Option to tweet in reverse order.
-See how many parts your tweet will be divided into while typing in realtime.

TweetPublisher has a special feature enabling users to decide if they want to post the tweets in reverse order or not? It will post the last part of your tweet first displaying the tweet in the correct chronological order.

Note: This app will require you to be signed in to a Twitter account from your system. For using hash tag and include usernames in your tweet, you need to be signed in into the app, separately by clicking on the #@ button.

Disclaimer: Twitter Inc. was not associated with the development of this app.